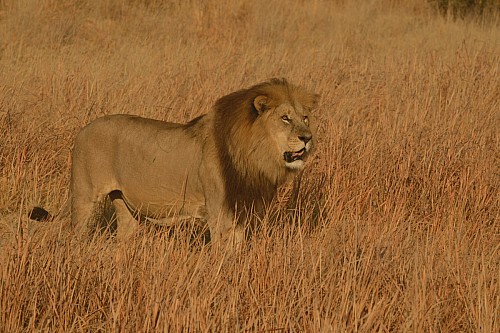 Irrelevant to the British it may be, but the plan is a seismic shock to poor rural African communities that will be most affected. It has prompted a group of African conservation scientists, economists, human rights advocates, academics and government representatives to fire off a plea to the relevant ministers, Theresa Villiers and Zac Goldsmith, to visit southern Africa's conservation areas to see for themselves the success this region has had in rewilding remote wilderness.

Southern Africa (Zimbabwe, Botswana, Namibia, South Africa) is home to two thirds of the continent's elephant population and more than 90 per cent of its rhinos. Wildlife populations have expanded dramatically over the past 30 to 40 years and licensed trophy hunting is a significant revenue earner for rural communities. More than 70 per cent of Africa's wild animals live outside parks and among people, damaging their crops and threatening their lives. The southern African successes are in stark contrast to east Africa's failure to protect its wilderness and wild animals. Kenya, which banned trophy hunting in the mid 1970s, has since lost an estimated 70 per cent of its wild animals to poaching. While it is difficult these days to endorse people wanting to bring home mounted animals' heads, hunting organisations argue that well-regulated trophy hunting is no worse than killing cattle and sheep for domestic food consumption.

The anti-hunting narrative is driven by evangelical western animal rights groups which are well-funded and have significant support from virtue-signalling Hollywood celebrities, but which have no understanding of the dynamics of human-wildlife conflict in rural Africa. When Botswana announced the reintroduction of hunting this year after a five-year ban, these same organisations called for a tourist boycott of the country. Botswanans were horrified and spoke disparagingly of the “global north” dictating what should be done in the “global south”.

The argument the African group will put before the UK government is that community conservation means encouraging the best kind of land use available to rural Africans, thus helping the continent to preserve biological diversity. It is a complicated business and interfering with one of the key elements is likely to have disastrous results.