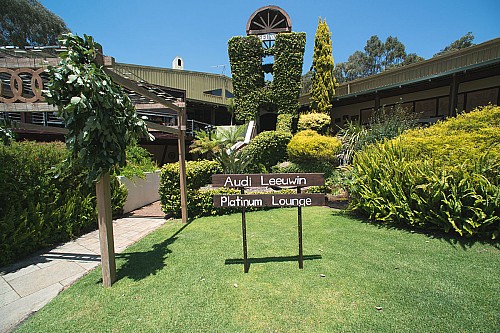 The sea is cold, and most of those cafes are empty or closed. But for the sun-starved who can`t quite make it through to spring without warm breezes, hillside vineyards and barbecued fish, don`t worry-if you can afford the fare to the other side of the planet, there`s this place called Margaret River you need to know about. It will more than keep you going until the Costa Brava, Cote D`Azur and Amalfi Coast open for business again.

I have been visiting this Western Australia town and region for the past 25 years, and during that time it has become a wonderful winter alternative to the Mediterranean. The climate has always been wonderful during the Northern Hemisphere`s grim months-the warmest month is February, when the average high is 82 degrees-but Margaret River also now attracts visitors because it hosts one of the great gastronomic events of the food lover`s calendar. Since 2008, the Margaret River Gourmet Escape has attracted big names from the food world. This year, the irascible British chef and restaurateur Marco Pierre White and Ashley Palmer-Watts, executive chef of Heston Blumenthal`s Fat Duck Group, were among those featured. The event, which takes place in venues throughout the whole 865-square-mile Margaret River region and this year attracted 18,000 visitors, features culinary master classes, beach barbecues and a daylong fair at the Leeuwin Estate winery, where local food specialists, vintners, craft brewers, cake makers and chocolatiers demonstrate their skills.

Margaret River, the gateway town to the vast territory of Western Australia, is a three-hour drive from Perth. It sits a little south of the river of the same name and is a retreat for wealthy Perth residents, hikers and surfers. It is also now a place for the degustation set to enjoy restaurants at some of the region`s 215 wineries, which serve organic and biodynamic vegetables, grass-fed beef and lamb, venison, marron (freshwater crayfish) and farmed barramundi from Cone Bay (in Western Australia`s northeastern seaboard) along with the region`s superb wines. On a recent trip, I ate at both Cullen Wines (the most biodynamic of all the vineyards) and Leeuwin Estate, and I recommend both for their fresh seafood and locally sourced vegetables. Leeuwin`s award-winning restaurant-it was the West Australian Good Food Guide`s Restaurant of the Year in 2012-looks out onto lawns surrounded by a large forest of tall karri trees. Cullen`s granite and timber restaurant is set in the vineyards and is a short walk from the estate`s biodynamic gardens.

Although it is responsible for about 3 percent of Australia`s total wine production, Margaret River contributes 20 percent of the country`s premium wines, among them Cullen`s Diana Madeline cabernet blend, Moss Wood`s cabernet sauvignon and Leeuwin`s Art Series chardonnay. All of them have won major accolades, including Decanter World Wine Awards and Wine Spectator awards. Unlike Australia`s better-known hothouse wine regions, such as the Hunter and Barossa valleys in the southeast of the country, Margaret River offers a stable, Mediterranean-type climate that over the past 10 years has produced more consistent weather patterns than any other wine region on Earth. "The strong maritime influence means we miss out on extremes," says Moss Wood`s owner and winemaker Keith Mugford. "In southeast Australia, temperatures can go through the roof, [but] we have great sea breezes that perform like giant air conditioners."

Margaret River`s best-known varietals are chardonnay and cabernet sauvignon, but the region also produces riesling, sauvignon blanc-semillon blends, pinot noir and many others. That makes for a lot of tastings if you`re determined to get a broad sense of what the region has to offer. Despite the presence of a large police bus that serves as a mobile Breathalyzer lab and is known locally as the "booze bus"-I was Breathalyzed three times in 48 hours, which is more than I have been in my life-I was able to get through tastings at five of the top vineyards and at each found wines I would add to my modest cellar.

For all of the attention the region has been attracting for its food and wine, Margaret River has another pull: the natural beauty that persuaded so many locals to move to the area in the first place. The region is bordered by the Indian Ocean to the west and is surrounded by national forests. Sparsely populated beaches line much of the 75-mile coastline, and the waves that break off those beaches make the region one of the world`s great surfing destinations. At Margaret River Main Break, also known as Surfers Point, you can either join the surfers riding the 13-foot-high waves or join the crowds who gather to watch on a wooden viewing platform on a promontory above the ocean. It`s a spectacular spot and a thrilling spectacle when the surfers are out. And it`s a view you won`t find anywhere in the Mediterranean, at any time of the year.